Myths and facts of getting dental care in Tijuana

Why did the Mona Lisa become one of the most famous paintings of all time?
That’s a question an incredible amount of people have asked themselves in the past.

And one possible answer is: because of her unique smile.

The Mona Lisa or La Gioconda, is a half-length portrait of Lisa Gherardini by the Italian Renaissance artist Leonardo da Vinci

Using 3D ultrasound technology we can now see that developing babies appear to smile.
Even in the womb! 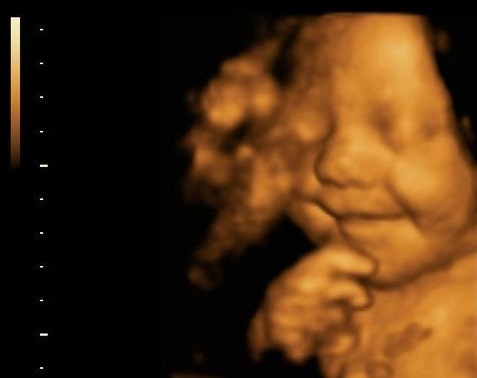 When they’re born, babies continue to smile.
Initially mostly in their sleep.

And even blind babies smile to the sound of the human voice.

Humans don’t need to be superheroes to have super powers. Ron Gutman mentions in his conference: “The hidden power of smiling”; how to smile gives us superpowers.

“With a UC Berkley 30 year longitudinal study that examined the photos of studentes in an old yearbook and tried to measure their success and well-being throughout their life.

By measuring their students smiles, researchers were able to predict how fulfilling and long-lasting a subject’s marriage will be, how well she would score on standardized test of well-being and how inspiring she would be to others.

In another yearbook, I stumbled upon Barry Obama’s picture.

(Barry Obama decided that he didn’t like his nickname.
A few of his friends at Occidental College had already begun to call him Barack, and he’d come to prefer that)

When I first saw his picture. I thought that these superpowers came from his super collar. But now I know it was all in his smile”.

In Studies conducted in Papua New Guinea
(officially the Independent State of Papua New Guinea, is an Oceanian country that occupies the eastern half of the island of New Guinea and its offshore islands in Melanesia, a region of the southwestern Pacific Ocean north of Australia.)

The world’s most renowned researcher on facial expressions, found that even members of the fore tribe who were completely disconnected from westerns culture, and also know for their unusual cannibalism rituals, attributed smiles to descriptions of situations the same way you and I would. So… from Papau New Guinea to Hollywood.
(Marilyn Monroe)

We smile often and you smile to express JOY and SATISFACTION.

White smiles and perfect teeth just a few miles away.

Humans have only two sets of teeth in their entire lifetime — baby teeth and permanent teeth.
Once you have your permanent teeth, make sure you take good care of them.

It’s a fact that a white smile is a costly luxury since only the half of the population possesses dental insurance and the routine dental procedures are very expensive.

Increasingly persons are ready to cross the border to get affordable dental care without insurance.

Dentists in Tijuana wants to contribute actively to this objective and is fully prepared.
Actually, you can get any type of dental work in Tijuana.

Almost everyone knows someone who went to Tijuana for dental care.

Dental work in Mexico can cost between 50 and 80% less than the same treatment in the U.S.
However, this doen’t mean that the quality of work is of a different standard.
There are many reasons why dental work is more affordable in Mexico.

It is cheaper to live and work in Mexico: staff and office space are cheaper.

Mexican dentists don’t have as much student debt as their American counterparts.

FACT: Typically any work you get done will cost less than 1/3 of US prices

MYTH: Mexican Dentists are Trained in the U.S.
This myth is recurrent on internet forums, and the truth is that almost all Mexican dentists are trained in schools right there in Mexico. It is possible that they have come to the U.S. for postgraduate training or specialty training, but most dentists in the border towns have degrees from Mexican institutions.

FACT: It will only take you 7 minutes from the border to have a perfect smile and we are convinced that our first class facilities will make you feel that you are in the right hands.

WOW, looks like dental care in Tijuana is a good idea

Of course it is. Thousands of international travelers go to Mexican border towns such as Tijuana to avail budget-friendly dental vacations.

Dental care is inexpensive and quicker in Mexico.

With so many dental labs and clinics in downtown Tijuana it only takes 1-2 days to get your dentures, bridges and crowns done.

You get the same high-quality prosthesis and dental services without paying more than your monthly salary. Best of all, you can be assured that all dental materials and procedures are at par with US dental standards.

Beside dental quality of work they have, you can have great vacation while visit Mexico.

If you want more details about dental implant cost or where found
the best dental clinic in the city of Tijuana, you can call free: (760) 298 3039

You can login using your social profile
Install social plugin that has it's own SHORTCODE and add it to Theme Options - Socials - 'Login via Social network' field. We recommend: Wordpress Social Login